Abstract: Before Ethereum, many would have scoffed at the very notion of decentralized finance. Now, it’s one of the most hyped areas of fintech.
Ava Labs is building upon that momentum with a breakthrough in consensus protocols – Avalanche – to usher in a new era of finance defined by velocity, efficient use of capital, security against bad actors, and preservation of network value.
This talk will focus on the Avalanche network and the Internet of Finance being built upon it. 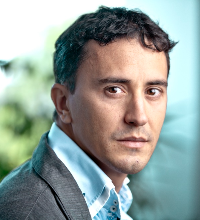 Bio: Emin Gun Sirer is a professor of computer science at Cornell University, founder of Ava Labs, and co-director of the Initiative for Cryptocurrencies and Smart Contracts (IC3). Among other things, Sirer is known for having implemented the first currency that used proof of work to mint coins, for selfish mining, for characterizing the scale and centralization of existing cryptocurrencies, as well as having proposed the leading protocols for on-chain and off-chain scaling. Of all his collaborations, he is proudest of his contributions to the John Oliver Show’s segment on cryptocurrencies.

Keynote#2: Formal verification of Move programs for the Diem blockchain

Abstract: The Diem blockchain, which was initiated in 2018 by Facebook, includes a novel programming language called Move for implementing smart contracts.  The correctness of Move programs is especially important because the blockchain will host large amounts of assets, those assets are managed by smart contracts, and because there is a history of large losses on other blockchains because of bugs in smart contracts. The Move language is designed to be as safe as we can make it, and it is accompanied by a formal specification and automatic verification tool, called the Move Prover.  The Diem Framework is the Move code that makes up the core logic of the Diem blockchain, managing accounts, payments, etc.  Extensive formal specifications have been written for the most important properties of the Framework, all of which can be formally verified by the Move Prover in less than 40 seconds per file.  Indeed, the framework is re-verified automatically in continuous integration whenever new code is submitted. The entire blockchain implementation, including the Move language, virtual machine, the Move Prover, and near-final various Move modules are available on https://github.com/diem/diem.

This talk will be about the goals of the project and the most interesting insights we’ve had as of the time of the presentation. 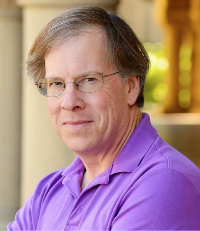 Bio: David L. Dill is a Lead Researcher at Facebook, working on the Diem blockchain project.  He is also Donald E. Knuth Professor, Emeritus, in the School of Engineering at Stanford University. He was on the faculty in the Department of Computer Science at Stanford from 1987 until becoming emeritus in 2017.  Prof. Dill’s research interests include formal verification of software, hardware, and protocols, with a focus on automated techniques, as well as voting technology and computational biology. For his research contributions, he has received a CAV award and Alonzo Church award. He is an IEEE Fellow, an ACM Fellow and a member of the National Academy of Engineering and the American Academy of Arts and Sciences.  He also received an EFF Pioneer Award for his work in voting technology and is the founder of VerifiedVoting.org, an organization that champions trustworthy elections.

This session will dive deeper into constructs that govern the crypto economics models and token economy. The emergence of Asset tokenization has led to massive disintermediation and changing the business models of many industries. With Finance as an exemplar, we will explore how Decentralized Finance or DeFi, is challenging every aspect of value movement.  DeFi favors network effects, the true innovation is created by uniquely combining the applications. DeFi has become a trending topic in the blockchain community. In contrast to the decentralization of money through Bitcoin and stablecoin, DeFi aims for a broader approach of generally decentralizing the traditional financial industry. The core of the initiative is to open traditional financial services to everyone, in providing a permissionless financial service ecosystem based on blockchain infrastructure. 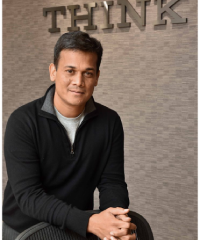 In previous role, Nitin Gaur, served as Founder and Director of IBM Digital Asset Labs – serving to devise industry standards, use cases, and working towards making blockchain for the enterprise a reality. In parallel Nitin also served as CTO of IBM World Wire – a cross border payment solution utilizing digital assets. Nitin also Founded IBM Blockchain Labs and led the effort in establishing blockchain practice for the enterprise.Prior to this role he was working in capacity of CTO, IBM Mobile Payments and Enterprise Mobile Solutions.  Nitin holds MS in Management Information systems and MBA in Finance from University of Maryland. Nitin is also appointed as an IBM Distinguished Engineer and is an IBM Master Inventor with a rich patent portfolio.